We discover the secret Normandy of the Vikings, first dukes of Normandy, its medieval abbeys, and the deeply moving traces of the Second World War… and visit the heart of the region of the selle français breed horses … fantastic !

Pace: fast – 5 riding days from 4h to 6h per day in the saddle – Mixed breed horses trained for trail rides.
For regular riders able to have long canters on trails and beaches 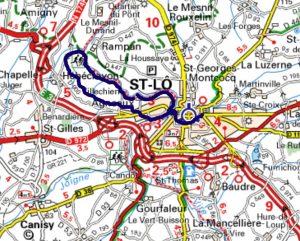 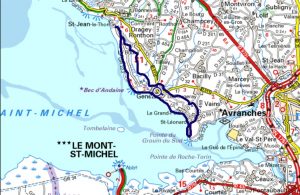 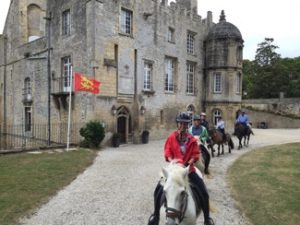 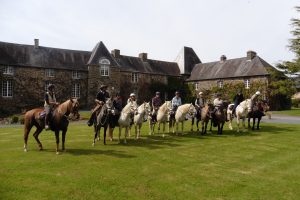 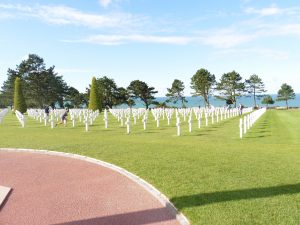 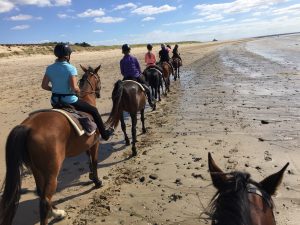 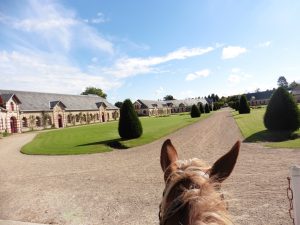 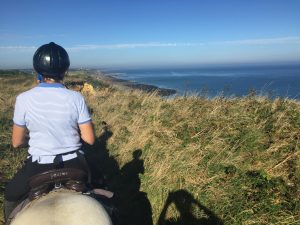 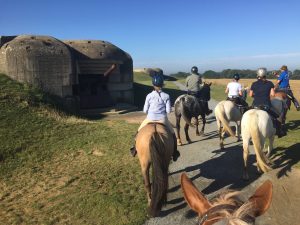 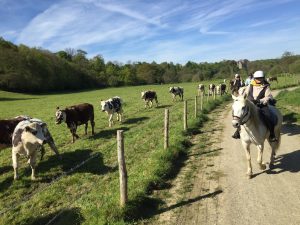 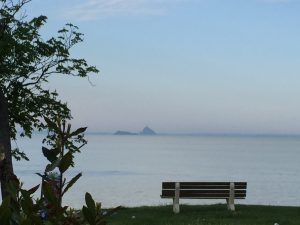 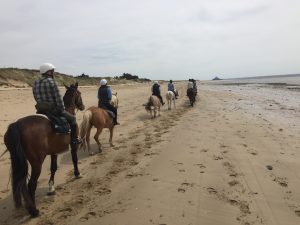 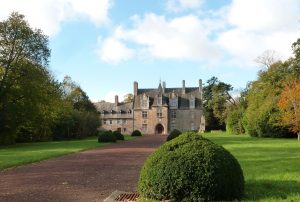 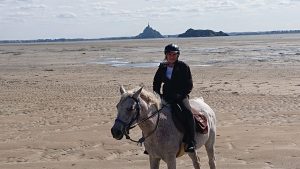 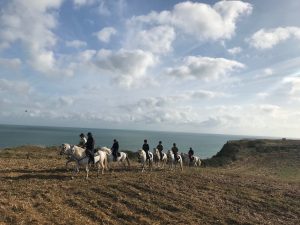 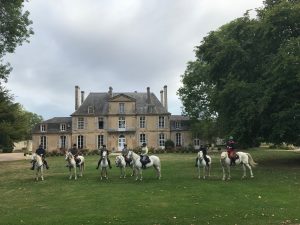 AM – visit of Bayeux cathedral, medieval and XVIIIth century center and of the famous tapistery made in the 11th century, and listed as a “Memory of the World” by UNESCO. Lunch in Bayeux  PM – Transfert in Haras de Saint Lo, the heart of famous Selle Français breed. Visit of the buildings and special clinics by a show jumping french rider if possible
Transfer by car to Manoir du Brion in Mont Saint Michel Bay ; Gourmet diner and night in the fantastic gothic Manoir de Brion, where the french kings stayed for their pilgrimage at Mont saint Michel abbaye.

Breakfast and departure.
Visit on your own of Mont saint Michel.
Transfer (not included) to Avranches or TGV Rennes station.

AM –
. Participation in the early morning horse training on the sand track next to your facilities.
. Breakfast around a coffee in the stables.
. Presentation of thalassotherapy treatments on the limbs on the beach and possibly in the footbath, massage, treatments based on aromatherapy and phytotherapy.
. Possibly participation in horse races
PM – Visit of saint Michel Abbey on Mont Saint Michel.
Gourmet dinner and night in manoir de Brion.

Breakfast and departure.
Transfer (not included) to Avranches or TGV Rennes station.

Program may be changed a little according to the season and weather conditions.