An immersion in the Alps history, and in our divine part in Vanoise National Park and at the bottom of Mont Blanc.

Moderate pace : 3 to 5 hours in the saddle per day.

For all the riders attracted by the summits, by history of the mens and the animals of the valleys and  mountains. 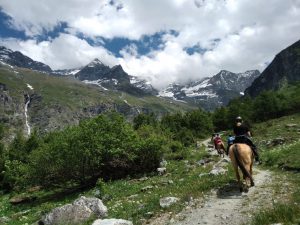 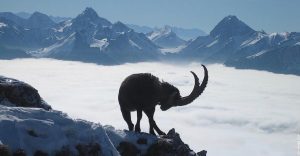 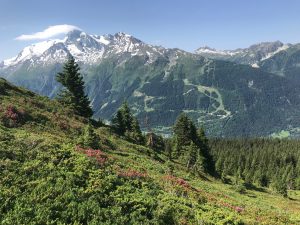 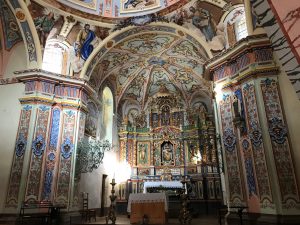 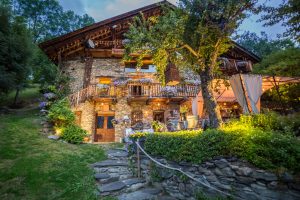 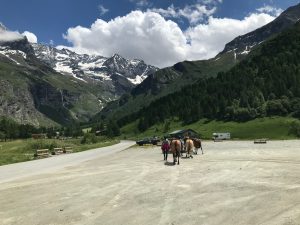 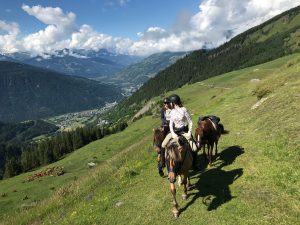 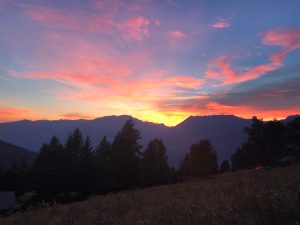 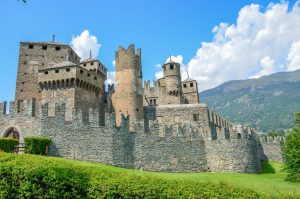 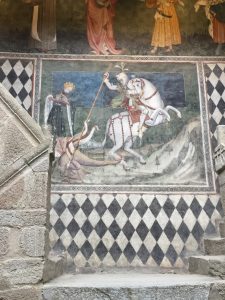 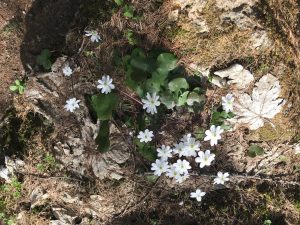 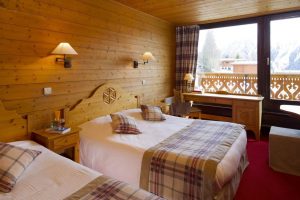 PM – Transfer to the thermal bath of Pré saint Didier from where we have a sublime view of the Mont Blanc range, then transfer at hotel Dolonne ***, a charming hotel from XVI century at Courmayeur.

AM – Guided tour of the roman and medieval town of Aosta. Gourmet lunch at the “Al Dente”trattoria.
PM – We visit the médiéval and renaissance castle of Fenis, et discover its magnificent frescoes. Dinner and night at hotel Dolonne.

Day 7 : departure or Option day in Val ferret at the foot of Mont Blanc range

Brenva glacier, Aiguille Noire de Peuterey, Aiguille Blanche de Peuterey, Mont Blanc …Dent du Géant, Rochefort ridges …The Grandes Jorasses and its famous Whymper points, Walker point which dominate at more than 4100 m … Our high mountain guide shows us, and tells us about the routes, and exploits of mountaineers in the highest and most prestigious alpine chain.The hike on a balcony path offers breathtaking views of at the foot of a dazzling series of ridges, peaks, glaciers created by unleashed Gods, who made, and are dreaming of mountaineers around the world. Then it is the turn of the red needles of  Triolet, and finally Mont Dolent closes the valley by making the border between France, Switzerland and Italy. A mind-blowing show ! Lunch on the way in a mountain refuge or picnic acoording the weather conditions. Dinner et night at l’hotel Dolonne.

The programs may change according the season and the weather conditions.